sillypotter plays hsypsx on Sunday, October 31st at 1700 UTC.  For info on the other quarterfinalists seehttps://dominionstrategy.com/2021/10/28/dominion-online-2021-championship-final-8/ Thanks to SSLY for the interview and translation. Original Japanese text can be found at http://forum.shuffleit.nl/index.php?topic=5058.msg21038#msg21038

SSLY: Hi everyone! Here is a text interview with sillypotter, one of the quarterfinalists of Dominion Online Championship 2021. Congrats, sillypotter! First of all, what is your handle name “sillypotter”?

sillypotter: Just a pun. I don’t have any feelings or meanings at all, it could be anything funny. If I was going to be interviewed like this, I should have chosen a nice name. I have read the Harry Potter series up to the 2nd volume.

SSLY: Could you tell us more about yourself?

sillypotter: I live in the Kyushu region of Japan, with my wife and a lot of bear plushies Rilakkuma, the character I use as my icon. My family gave each of the dolls a unique name.

SSLY: I remember when your Twitter account was identified. You all of a sudden made a post on Dominion in a timeline with plenty of RTs of Rilakkuma. Why do you love it?

sillypotter: I accomplished the way to the leaderboard for the first time, so I reported with pleasure. While the experience gave me a goal of achieving the top of the game, I was too dull to make a new account to seek tips on Dominion and revived an old one for Rilakkuma. I know you were surprised by me.

I began to love it in times of trouble. When my wife was in the hospital, I gave cute one to comfort her. It was at first no more than a cute plushie, but I love Rilakkuma all the more because my wife got out of the hospital, and nowadays the bear sleeps by our side. My home is bustling with dozens of Rilakkuma I’ve got from a claw crane game and bought in Rilakkuma stores.

SSLY: How did the pandemic hit you?

sillypotter: Very bad. Stuck in my house, I have abandoned membership of the gym I used to go to, and  not dined out for a year. The pandemic has affected my both physical and mental health. While my weight has decreased by 10 kg, I’ve been playing Dominion in an enarvated condition.

SSLY: Oh my god. I hope you got cheers from the championship. Can you review the match of 16? What do you think is a decisive game/choice?

sillypotter: G1 started with buying Flag Bearer, and I kept Flag until the end. I watched a commentary by cha-shu afterwards but couldn’t find any chance for Jean-Michel to get back the Artifact. It was very lucky for me.

SSLY: Any other impressive matches of yours?

R4 was the wall I had to get over because I was beaten by Mercury444F 2 years ago and by yudai214 last year. Both were Japanese matchups, and flowlight turned out to be another Japanese I hadn’t played with. I got nervous about the jinx. I think he played better than me, though the G7 alert rang and I finally won thanks to a lucky first-player advantage.

The match with cha-shu had preoccupied me since the bracket was out. He won the Grand Market Grand Prix where my grade was 4th. I felt a bit rotten about the too early matchup, but had everything done through the week to perform at my 100% potential.

SSLY: Among the top 8 players, who do you pay much attention to, and why? If you were not, who would be the champion?

sillypotter: Mercury444F is the first one that comes to mind. As I said, I lost 2 years ago by a substantial margin. I want to see in the final how close I got to him.

Another is nasmith99, the defending champion who earned the honor of lv. 70+. No doubt that odds are for him. I was beaten in GMGP.

RTT is a natural enemy to me. I was overwhelmingly outnumbered by 6-23 in the rated record. By the way, I don’t play Captain very well.

SSLY: Do you have any logical/superstitious moves you always do when you have an important match?

sillypotter: I go out for a walk before matches. Walking for about 15 minutes refreshes and puts me in a very good state for the fight. I have a lot of snacks and drinks for a long match, especially a soda candy, because I hear that glucose helps my brain think better. Among them my talisman is Hachimitsu Kinkan Nodoame — a honey kumquat candy! (note: It is shortened to “Hachi-Kin Nodoame”. The sound “Hachi-Kin” in Japanese means $8.)

SSLY: Can you talk about your Dominion career? What drove you to Dominion, with whom/how have you played?

sillypotter: I bought a couple of board games to play with my friends. One of them was Dominion. Opening the box, I played with a friend who also knew a little about it. I was always collecting Markets, and didn’t buy Chapel, which I didn’t get the point of. I was terribly beaten by his Bureaucrat BM, Council Room BM, and Workshop Gardens. Later on I googled for basic strategies and played a bunch of games against the bot on Goko. I learned expansions from its campaign mode. We didn’t have Landscapes at that time, so it was easy to learn the theories.

I played a year later with him. I had improved as much as I could manage a King’s Court Minion deck to hit $24 & 3Buys, and I won 10-0 that day. After that he never wanted to play with me. Over the next few years I got busy and left Dominion.

SSLY: Have you played with your wife?

sillypotter: No. Her answer was that she doesn’t understand the fun of neither Dominion nor shogi. My career resumed when Nocturnes was published. When I made no progress before lv. 60, I read nk377’s and sangatsu’s helpful blogs again and again. Finding sangatsu streaming on Twitch, I always watched him and commented on what I couldn’t understand. From his streaming, or spectating Stef, etc, I learned strong steps of engine-building. In 15k games I reached the top of the leaderboard. at which my wife was happy with me. Even after the achievement, I for sure got better through conversations with cah-shu or yudai in the making of books which sangatsu led. From a recipient of information I became a co-author.

SSLY: What has been the most memorable Dominion game you have played?

sillypotter: A match against yudai last year. Despite playing in the Championship, He and I had a comfortable game chat. I vividly remember that I won a board of Pillage lock and that yet I was overwhelmed by his beautiful engine in the last game. He mumbled the phrase “Silver is Curse!” throughout the match.

sillypotter: My most favorite is Spice Merchant. Scrap is also beautifully designed. I like support cards smoothing out a deck like them. I also like villages but the recent ones are too strong to be called supporters. Black Market is also fun. It looks swingy but actually requires skill.

I don’t think Donate and Possession should exist. Villa, Cavalry, either. I dislike the cards that feel like breaking the beautiful mechanism and rules of Dominion. Capitalism and innovation are bad, too, but I forgive them for now that they don’t often spoil the game.

SSLY: Of all the cards, which do you think is the most difficult/challenging that you are the best at all over the world?

sillypotter: Procession is the most challenging. you must not miss it with Horse. I don’t like some boards where the player who first Procession a Horse will win. If you are bad at Procession, then try to solo-play “Grim Parade”, a recommended set of Dark Ages, until you gain 8 Provinces within 10 turns! (see games ID: 87545455, 87552884)

However, if there were a card at which nobody is better than me, I would always be on the top of the leaderboard.

SSLY: Any rampant speculations about the next expansion, Allies?

sillypotter: Hmm, no idea. I just don’t want a broken card that would end a game within 9 turns, though.

SSLY: Do you have a favorite game other than Dominion?

sillypotter: I’ve loved Tetris and shogi since I was young. I’ve been playing Tetris 99 recently. I think I’m good enough to get 1st place at least once every two games, which might be compatible with lv. 58 on dominion.games. I often play Shogi Wars too. I have shodan, maybe around lv. 53. I know a lot of people who are good at Shogi/Igo/Mahjong play Dominion very well.

Dominion is the only game I’ve played seriously, though. I’ve spent a fair amount of time playing Tetris or shogi, but I’ve always been an intermediate player because it’s OK as long as I enjoy it.

I play Carcassonne, MTGA, Seasons, Mahjong, etc. I think Carcassonne is the most beautiful board game, in the aspects of appearance, strategy, and balance of skill and luck. I sometimes play 2-player games on BGA, but I can’t remember the tiles.

SSLY: If you take a sightseeing trip, or a grand tour abroad for ultimate mastery of Dominion, where do you want to go?

sillypotter: Dominion is a digital game and even Japan is abroadish for me, unlike for those in Tokyo. I want to join To-Domi, which has a league in the 4p format. When I sometimes play 4p with its members, I never win.

For sightseeing, I want to visit France. Visiting Musée Rodin, I will see Rodin’s The Gates Of Hell and works of Camille Claudel, and walk relaxed in the gardens. Monet’s Water Lilies in Musée de l’Orangerie is also very wonderful. I’ve been to these museums in the past, and I was intensely impressed by each of them. Other museums I’ve been to before didn’t match my senses.

SSLY: Do you have any words for your fans? Whose fan are you?

(note: this image is drawn and allowed to be cited by cha-shu. Special thanks to him.)

SSLY: What advice do you have for those looking to improve? In addition, a few players aspiring to the top of the leaderboard ask you for something helpful.

sillypotter: Solo-play engines to draw all your deck. Watching streaming and spectating a League or tournament match are also good, and acquire skills of strong players from the activities. When you have a talk after the game, discuss a lot. Play a number of games!

If you want to be at top, you have to be determined to devote thousands of hours to Dominion. Unless you are blessed with a talent or environment, play at least 10k games or so. Then just aim for the moment when Freaky and nasmith99 are slacking off.

SSLY: Finally, how do you want to dive in the concluding phase of the tournament?

I have to take a rest before the next match. I haven’t slept so well since the match with cha-shu that I see dark bags under my eyes in the mirror right now. Performance is dependent on how focused I am on playing. Otherwise I could practice, but yeah certainly I’ll perform better in the match if I rest now. Winning against hsypsx will mean a prize and 2 more matches. I’ll put all my effort into the very next match, to enjoy this tournament until the last day. Keep your eyes on!

SSLY: Thank you very much for answering the interview!

To-Domi: To-Domi (The Tokyo Dominion Circle) started as The Dominion Circle of The University of Tokyo a long ago, and was one of the groups in which many top Japanese players in Tokyo gathered every weekend. 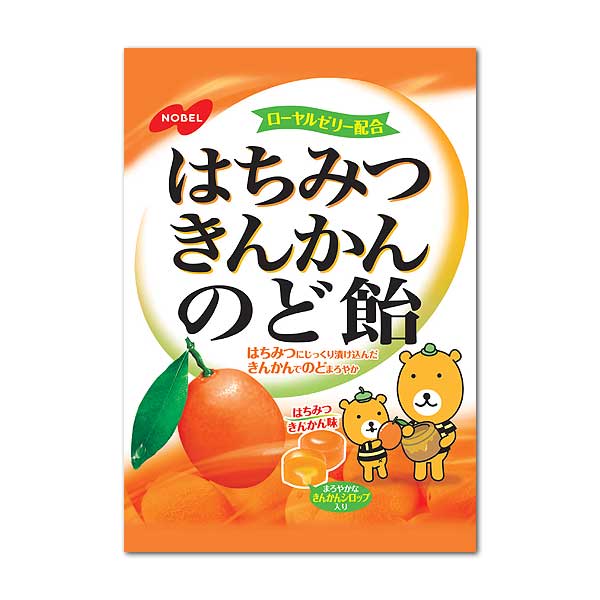 This account posts work of various authors to the dominion strategy blog.
View all posts by Dominion Blogger →
This entry was posted in Uncategorized. Bookmark the permalink.